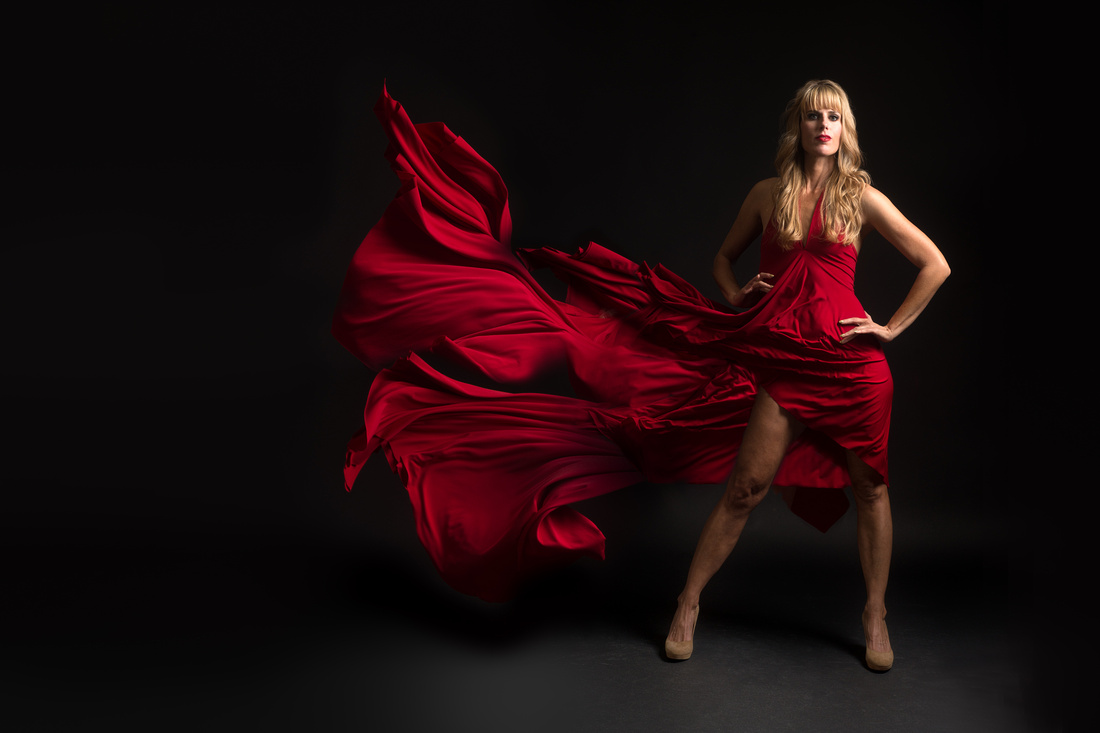 I love to create images where the dress is flowing out in wild array!  It twists and turns and snaps in the wind like a flag in a wind storm.

People often want an image of themselves like this one of Andrea Lasley (www.alalsey.com), but they think it can't be done because they don't own an absurdly long dress to use in the shot. What they don't realize is that this is actually a short dress (around knee length). The rest is in the magic of Photoshop and the way in which the dress is photographed.  To use a dress for this kind of shot, it needs to only be about knees length (longer is fine) but it also needs to have enough material to flair it out on the sides.  Most everyone has a dress that would work for this type of image.

The picture below is an un-retouched image (straight out of camera) of what the dress actually looks like in reality. 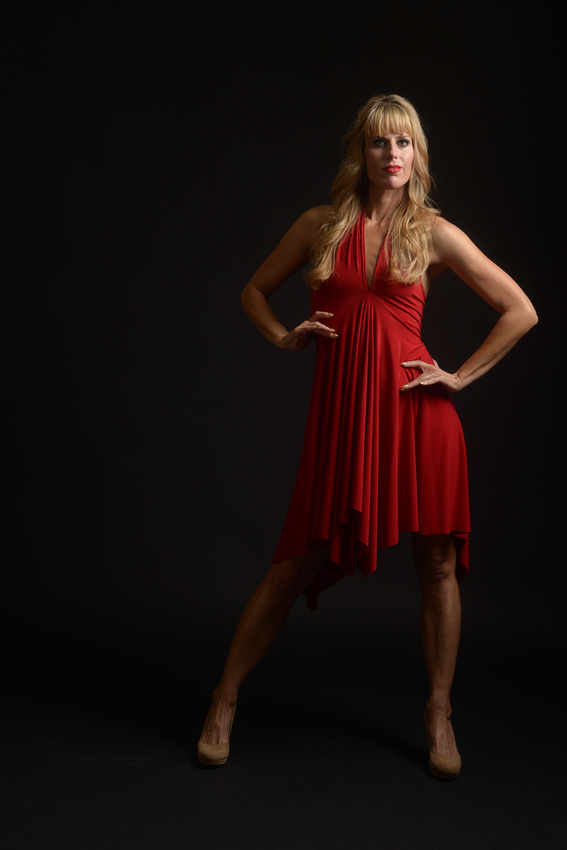 The truth is, the dress doesn't even have to be able to flair out as much as this one can in order to used for this type of shot.  But the more it can flair out, the better it works.

After I shot Andrea's base position (a shot similar to the one above), then she changed clothes and stood just out of the camera frame to wave the dress as I took several images of it flapping in the air.  The image below shows just one of the couple dozen shots we took of the dress being waved. 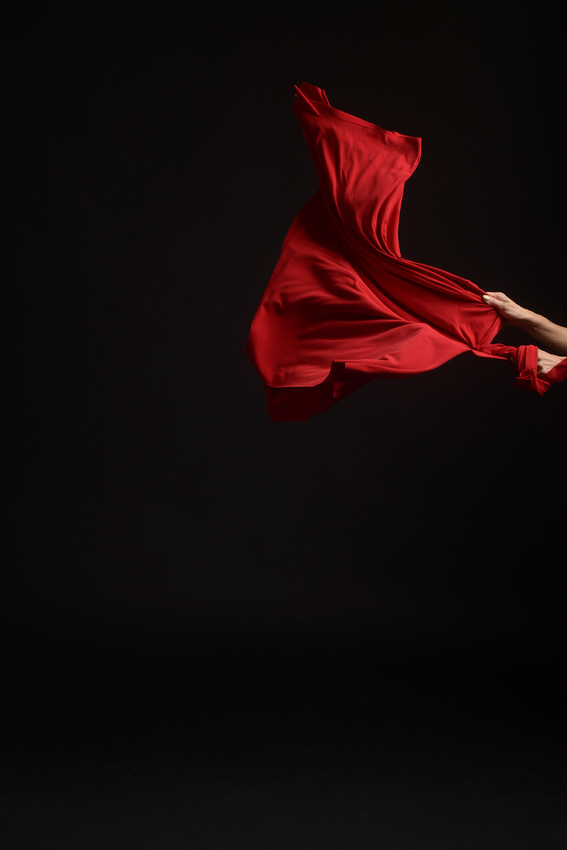 There are lots of little details on how to light and photograph the model and dress for this type of image, but only another photographer/retoucher would be interested in those.  I'm not going to bore you with with that in this short article.  In short, the rest of the process involves some Photoshop magic to take the various images and composite them into a single final image.  It's actually not hard to do, unless you didn't do a good job on the photography. If you mess up the photography, then the Photoshop work is a killer or not even possible.  It's always a fun image to show friends. And it doesn't take long to shoot it.  It's the Photoshop work that takes more time.

I will be more than happy to create this kind of image for anyone that wants one!

Johnny Medina(non-registered)
This is a wonderful share of information! I am going to make my 1st attempt at this in studio this weekend! Thank you sooo much for sharing a bit of your technique!
No comments posted.
Loading...

DON'T MISS our CURRENT OFFERS over on the website at http://www.RonBrewerImages.com